James F. Humphreys & Associates, L.C. has represented thousands of people injured by exposure to asbestos, a mineral that was used in many products. In one case, it was even used in a cigarette filter and ironically touted as something that would make cigarettes safer to smoke.

In the early 1950s, cigarette companies began putting filters on their cigarettes to ease concerns that cigarettes might not be good for your health. Lorillard responded to this issue  by developing its famous Kent Micronite filter, so named because it could filter particles thinner than a micron, a very small unit of measurement smaller than a millionth of a meter. The Micronite filter, inspired by gas masks used during World War II, incorporated crocidolite, arguably the most dangerous form of asbestos. 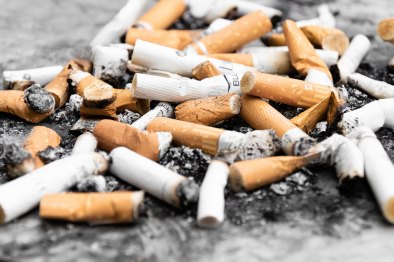 Photo by Paweł Czerwiński on Unsplash

In early 1952, Lorillard rolled out its new cigarette at a news conference held in New York City’s Waldorf-Astoria Hotel. From the beginning, the alleged health benefits of the  Micronite filter were a major part of the company’s advertising. At the Waldorf-Astoria press conference, the Micronite filter was touted as “the greatest health protection in cigarette history.” Ads were placed in medical journals, and gift packages of cigarettes were sent to physicians, along with “Dear Doctor” letters urging health care professionals to “prescribe” Kent Micronite cigarettes to their patients who should stop or reduce smoking.

By the 1950s, however, asbestos was already recognized as a health hazard among asbestos miners and workers who manufactured asbestos products.  When Lorillard had its cigarettes examined by outside laboratories using electron microscopes, the labs found asbestos fibers in smoke from the cigarettes, a finding which caused some concern within Lorillard and the company which manufactured its filters (Hollingsworth & Vose), according to internal documents.

An April 1954 letter from Lorillard’s research director to the company president reported that mineral fibers had been found in the smoke, and that they were trying to find a way to eliminate them. In September 1954, a Hollingsworth & Vose (H&V) official sent a memo discussing the need to “anchor” asbestos in filters, and stating that: “All efforts are to be exerted to solve the asbestos-dust-in-Kent smoke problem.” In another memo two months later,  H&V’s president stated that Lorillard believed that asbestos needed to be removed from its Kent cigarettes as soon as possible because its competitors were starting a “whispering campaign” about the harmful effects of asbestos. Consequently, H&V would stop doing research on how to anchor asbestos in cigarette filters, and solely concentrate on eliminating asbestos from filters. 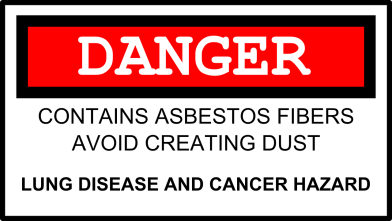 In late 1954, Lorillard decided to eliminate asbestos from its cigarette filters, but it took more than a year to implement this decision, during which time it made 3 billion more cigarettes with asbestos filters, and even after it stopped manufacturing cigarettes with asbestos filters, it continued to sell such cigarettes from its existing stock. In late 1956, the company opened a new plant in Greensboro, North Carolina, where it manufactured a Kent Micronite cigarette with a new filter that used cellulose acetate made from wood pulp, instead of asbestos, but by then it was too late for many people.

Between March 1952 and May 1956, when Lorillard changed its filters, it sold about 13 billion Kent cigarettes. Many of the people who smoked or manufactured Lorillard’s Micronite cigarettes, or manufactured asbestos filters for them, would later develop asbestos-related diseases such as mesothelioma, a fatal cancer that grows in the membranes lining the lungs, abdominal cavity, heart & testicles.

Particularly tragic was the case of the Jacob’s family, which saw three people die from asbestos diseases.  Elizabeth Jacobs buried her husband, who died from mesothelioma and her brother, who died from asbestosis, a non-cancerous scarring of the lungs. Both of them worked at a facility manufacturing asbestos filters for Kent Micronite cigarettes. Elizabeth herself would die from mesothelioma at the age of 54, with her only known exposure to asbestos coming from the work clothes she washed for her husband.

Sadly, the Mircronite story is not unique; many other companies manufactured asbestos products without warning people about the hazards of asbestos exposure. If you or a loved one has been seriously injured by exposure to asbestos, call us at 304-347-5050 (local) or 877-341-2595  (toll-free) for a free initial consultation. You can also contact us through our website, http://www.jfhumphreys.com.