James F. Humphreys & Associates, L.C. has represented thousands of people and their families who have been injured by exposure to asbestos. Although the commercial usage of asbestos on a massive scale is a relatively recent phenomenon, people have been using asbestos for thousands of years, as the following examples will show.

As early as 2500 B.C., asbestos fibers were mixed with clay to make stronger ceramic pots and utensils in what is now Finland. Ancient Scandinavians may have also used asbestos to seal cracks in their log huts. 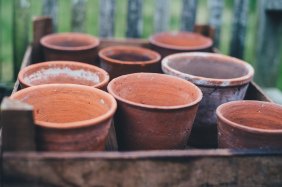 Asbestos was used to make fire proof cloth in ancient Greece and China as early as 1000 to 1500 B.C. Items made from asbestos cloth could be cleaned by throwing them in a fire. Any food or stains would be burned away, while the cloth remained untouched by the flames. The Holy Roman Emperor Charlemagne was said to have an asbestos tablecloth he used to impress guests at his banquets. At the end of a meal, the tablecloth could be cleaned by throwing it into the fire.

Some ancient sources indicate that asbestos was used to treat diseases of the skin, especially itches, but since asbestos actually feels itchy, the authors may have confused asbestos with soapstone.

According to other sources, asbestos was used during the Middle Ages to make fire proof crosses that were passed off as pieces of the true cross because asbestos resembled rotten wood and miraculously would not burn.

The ancient Persians imported asbestos from India and used it to make funeral linens. When bodies were cremated, the linens remained intact so the ashes of the deceased would not be intermingled with ashes from burned wood. The Persians believed that this “stone wool” came from a small rat-like animal that lived in fire and died when exposed to water.

The Romans mined asbestos and used it in their buildings as well as to make towels, napkins, nets, head coverings for women, cremation robes, and candlewicks. It may also have been used in the eternal flame that was maintained by the Vestal Virgins. Both Strabo and Pliny the Elder, two ancient Roman writers, were familiar with asbestos, and wrote of its fire proof qualities. According to some authorities, the ancient Romans were even aware of a sickness that slaves who mined asbestos developed.

The famous traveler Marco Polo encountered asbestos, a mineral he referred to as “salamander,” in his journeys through China.  A similar term, “salamander cotton,” was used by Benjamin Franklin to refer to asbestos.  In mythology, the salamander was a lizard like creature that lived in fire. “Salamandra” was used a trade name by early manufacturers of heat resistant mattresses.

Large scale mining and manufacturing of asbestos products took off during the late 19th century, with Canada and Russia as the chief suppliers of this mineral, although significant production also developed in countries such as South Africa and Australia. Because of its resistance to heat and chemicals, asbestos would eventually be used in thousands of different products, including brakes, clutches, gaskets, packing material, shingles and roofing, textiles, floor and ceiling tiles, and insulation. As we became more aware of the health hazards associated with asbestos usage, however, asbestos was eliminated from many of these products. Today, almost 60 countries have totally banned the use of asbestos.